Formed by love and revenge, Medea, is one of Euripides' most tragic heroines, and her unthinkable act of infanticide resists any simple reading. A  complex personality, she hovers between maternal feelings and a desire for vengeance. In a foreign land, betrayed and faced with unexpected disappointment, the witch-princess kills what is dearest to her and becomes the sole heir of the pain caused by her horrific act.

“The play begins and everything is over. The price of the entropy triggered by Jason’s infidelity is so high that the situation is irreversible. There will be victims to be mourned.”
[...]
The mysterious existence of our Medea is forever joined with that of her two sons, Pheres and Mermerus, with whom she dwells in a place between dream and reality, in a space contained within and situated outside the woman, mother, priestess, witch, refugee and foreigner. That is where she tells – and will perpetually retell – her story. Her sons re-enact the episodes of her life. An orchestra plays and she sings her songs in all eternity. In this mysterious landscape, Medea creates her own solar system, where, as a fragment of the sun, she sets the bodies around her in orbit and incinerates any that come dangerously close to her.

If the theatre is the mirror of real life, ancient drama is a reflection of the bottomless depths of the human soul. Ancient drama is the proof that only in the theatre can the depth and breadth of existence be shown. I often wonder how it is possible that these texts were even written.”

Afterwards, there will be a live discussion with the actors and creative team. Questions can be asked by text message.

Each ticket can be used only once and only on one device or browser.

Kindly log on in good time, as the production is performed live on stage and streamed in real time. Please note that the performance will not be available for viewing once it is finished. 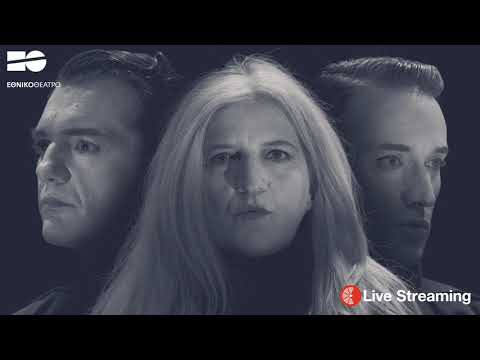