The NTG Drama School was founded in 1930, since when it has operated in tandem with the GNT. In its 80 year history a number of its graduates have gone on to become major actors and stars of the National Theatre.

Former students of the Drama School include Dimitris Horn, Mary Aroni, Vasso Manolidou, Nikos Tzogias, Melina Mercouri, Thanos Kostopoulos, Alexis Solomos, Stelios Vokovic, Nikos Kourkoulos and Anna Synodinou. Many of them went on to teach at the School, which has always been renowned for the extremely high level of its teaching. Other great names that have taught at the school include Dimitris Rondiris, Katina Paxinou, Takis Mouzenidis, Angelos Terzakis, Tassos Lignadis, Giannis Sideris, Emilios Hourmouzios and others.

The purpose of the Drama School is to train and provide guidance to young people intending to enter the acting profession. The course lasts three years and is free of charge. Its classes come into three categories:

The school is run by its Director or Head of Studies and the Association of Teachers, who are responsible for any administrative or disciplinary problem which may arise. They are accountable to the Artistic Director of the National Theatre. 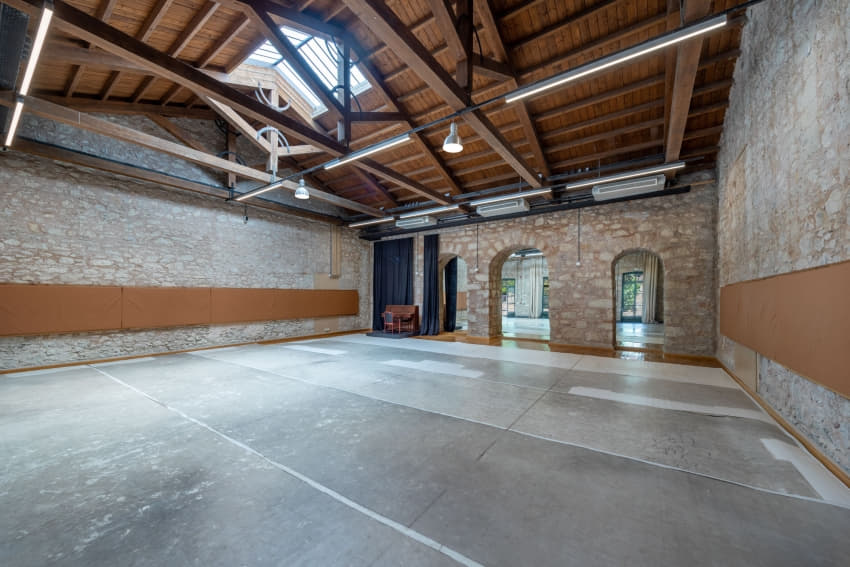