In May 2017 she became the new head of the Youth Stage at the National Theatre of Greece. She has been working in Athens since 2001 as a theatre director and as a child psychiatrist, after a 10 year stay in the USA, where she studied directing and dramatherapy and completed her residency in child psychiatry. (Acting- Stella Adler Conservatory- New York, Directing- Towson University- Baltimore, Drama Therapy -New York University, Child Psychiatry-Mt Sinai Medical Center, NYC).

After some experience in the US at organizations such as Creative Alternatives NY, where she directed for the theatre and led theatre workshops at various settings for high risk and marginalized populations, she moved back to Greece and in 2009 she devoted herself to developing and establishing youth theatre. She founded grasshopper theatre group in 2005, followed by grasshopper youth in 2010, and has been its artistic director ever since.

She directed with professional actors the following performances: CHATROOM by Enda Walsh, (2009-10), DNA by Dennis Kelly, 2010-11, SCREEN LIGHT by V. Hatzigiannides, 2011-12, RITE OF PASSAGE by Y. Tsiros 2012-13,THE TRAIN by L. Christedes 2013-14, ATHENS-LINE 1 by Volker Ludwig- GRIPS, in 2017. Between 2009 and 2017, she also directed with young actors 18 more performances of devised and newly written plays, and led a very big number of theatre workshops for marginalized and vulnerable populations in schools, special education settings, institutions, often in collaboration with important organizations, focusing on social intervention for young people.

In 2013 she wrote the scenario for the short film “As much as one can”, inspired and based on K Kavafe’s poem by the same title, which was realized with and by a multi-national group of young people at the Athens Multicultural High School, and was directed by G. Rentis.

In 2011 she started a Youth Theatre Festival, with participants newly created youth companies, aiming at using theatre as a means of empowerment for young people, as well as reinforcing the creation of new writing by and for young people. The following year the festival was funded and staged at the OCC (Onassis Cultural Center), and ever since has been coproduced by the OCC and grasshopper youth (2012-2017). During these years more than 800 young people from various settings discovered theatre, under the guidance of professional actors, directors and writers, creating bridges between the artistic community and schools. And more than 30 new plays by and for young people emerged, creating a significant volume of work.

She has led workshops for primary school and high school teachers, focusing on awareness about mental health and psychological development. She has been a member of the consulting committee for the Greek Youth Parliament since 2014.

Her aim and most important professional aspiration continues to be the creation of a network of artists and educators who support powerful, high- quality, contemporary theatre for young people, who recognize the right of every young person to access to the theatre and believe in the value of cultivating empathy amongst the young members of a society. 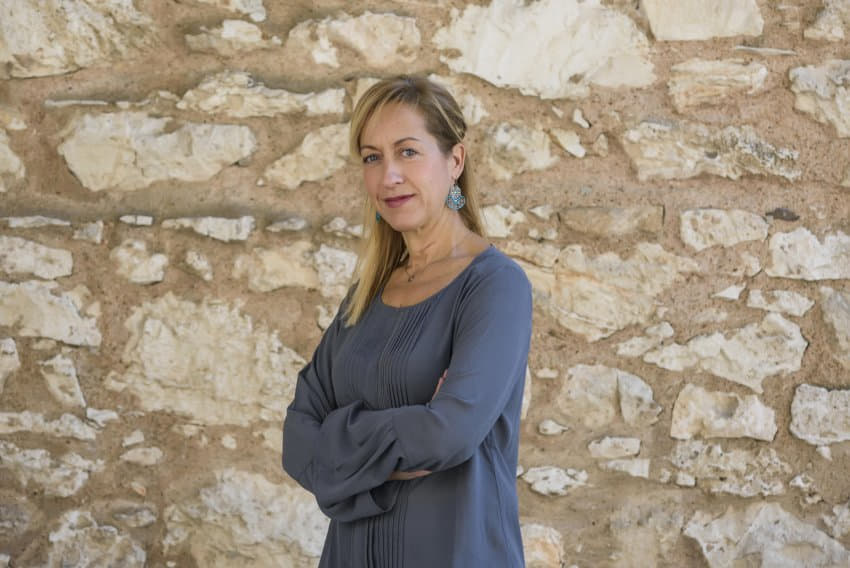